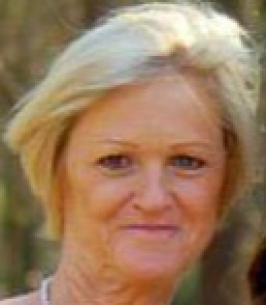 Memorial services will be held 11:00 a.m., Wednesday, January 26, 2022 in the Glover Funeral Home chapel with Rev. Kyle Gatlin officiating and Glover Funeral Home directing. The family will receive friends from 10:00 to 10:45 a.m. prior to the service.

In lieu of flowers, contributions can be made to the Wiregrass Humane Society in Memory of Deborah Bern, P.O. 1045, Dothan, Alabama 36302.

Mrs. Bern was born May 22, 1956 in Dothan to Billy and Ruth McArdle Whitehead. During her early years she lived in the Browns Cross Roads community in Henry County and was a 1974 graduate of Abbeville High School. She was employed at Knothe Apparel in Ashford for 28 years. Mrs. Bern was a member of Covenant United Methodist Church and will be remembered as a loving wife, mother and grandmother.

Glover Funeral Home of Dothan has been entrusted with the arrangements. (334) 699-3888. Please sign the guestbook online at www.gloverfuneral.com

All rights reserved. This obituary is also archived at obittree.com